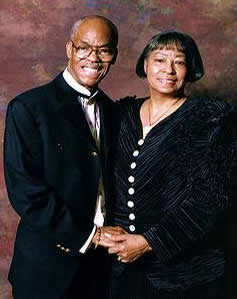 In June of 1961, Bishop Abney was elected pastor of the Bethel Pentecostal Church, located at 556 Eastern Avenue, Grand Rapids, Michigan. After extensive remodeling and steady growth, a new edifice was built on the same site. The Lord continued to bless the ministry and the congregation grew rapidly, and the church remained at this location for only five years before buying a new edifice at 200 Madison Avenue.

After 20 years of continued growth and expansions at this location, Bethel Pentecostal Church became Bethel Pentecostal Church Abundant Life Center. This included the purchase of a new complex at 834 Lake Drive, SE, in September 1994. Bethel has remained the “The Church In The Heart Of The City, With The City In Its Heart.” In July 1995, the City of Grand Rapids honored him by naming a street, Abney Avenue.

In 1997, Bishop Abney became the founder and president of the William C. Abney Academy, a public charter school that promotes positive change within the inner city youth. The start of the Community Development program led to the presidency of Vision Corp., which addresses inner city housing needs. Bishop Abney and his lovely wife Lorraine, have four children: Janathan, Paula, Andre, and Dina. They also are the proud grandparents of 13 grandchildren and 13 great grandchildren and growing.

In July 2006, Bishop Abney named his eldest grandson Pastor Jathan K. Austin as his successor in ministry after much prayer and consideration. He has challenged Pastor Austin with the mandate of carrying the Abney legacy.